Now this is something I hear a lot and to be honest I don’t know if I know the answer but I’ll try. (and probably ramble as per usual !)

Here are a few examples of how I look at things.

Often when I see a new doctor I have to give a quick summary of my medical history to save time. While I’m rattling through as quickly as I can, I’m usually interrupted several times with “oh wow”, I have to say “I’m not done yet”… They ALL WITHOUT exception say…”oh wow how do you cope?” or “you look so well”, and / or “you’re such a happy person etc” . All I can think to say is “well it could be worse right??” lol and that IS how I feel.. and that’s not necessarily even thinking about the cancer, but for example …. here’s my list….

*subarachnoid spinal cyst – surgery in 2012 went well and other than mild weaknesses on right side and some nerve pains from scar tissue…it could have been much much worse, so genuinely feel I dodged a bullet there.

*EDS (Ehlers Danlos Syndrome hEDS with vascular crossovers)- Mine isn’t too severe I can still move about with crutches. But I do regularly dislocate or sublux knees, hips, wrist, fingers and jaw. Few issues with randon vines bursting and whopping bruising..and yes its getting worse the older I get – That said, there are some people who I know who are so much worse off for example a lady I know through Facebook called K- she’s a bloody trooper her EDS effects her far far worse but she is an awesome Mummy to 4 beautiful girls and she doesn’t let it stop her.

Very much like another lady called Samantha who was forced to raise half a MILLION pounds to go to America for neck stabilisation, as without the surgery (not available in UK) she could have died !!! So I will take my wonky joints and pain and be bloody grateful !!! (Samantha has set up a charity to support fellow sufferers of EDS here is here website and her Facebook group here  its in its infancy but this lady has drive and determination so I have NO doubt it will evolve into something amazing – so keep your eyes peeled for that one.

*Sacroilitis……ok this one sucks….bloody hurts it comes in flare ups and isnt constantly there (I will add that flares can last months at a time and the pain radiates around the front and down the legs too it sucks)

*PEG FED being peg fed….least I don’t have taste my yucky medication or rancid ensure compact ……blurgh so that’s a BONUS

*Radiotherapy damage! This one is BAD like the rest there is no fix….but unlike others this one messes with my head more than anything else ….it remind me of the Military Padre that supported us  during my treatment he used to just repeat…. “they are making you sick to make up better……”, it was so needed at the time. Although I now know that Radiation Fibrosis is progressive which is a bit of a shitter . That said,  for now, I can still speak I CAN make myself understood….. yes it hurts but I LOVE to talk so its worth it lol. Before I had my big surgery we didn’t know what I would be left with,  if I would have any speech at all and yes I had to relearn how to speak and yes I’ve hit a stumbling block currently – see THIS post ..but again I have managed to find a huge positive – Ive already been through the worst – I cannot have radiotherapy again (due to dose) so the worst bit is over plus I know Sign Language so should I ever need it – its there. OH and IM CANCER FREE ……that’s a HUGE bonus lol

TONGUE Cancer hemiglossectomy (half my tongue removed, straight down the middle) … I’m so grateful it was not a full glossectomy, or a chin split! In 2013 I had this surgery I had – Half tongue removal as apposed to full tongue removal – finding the positive in that one is pretty easy- but that said I have the privilege of knowing a WONDERFUL lady *A and she had a full glossectomy….she got nothing left of her tongue and she is THE most positive person I know – its off the chart AND she no longer has a feeding tube – that bit seems nuts to me but she is living her best life and absolutely smashing it ! I genuinely admire this lady – shes a real gem.

*Hypothyroidism (secondary to radiotherapy and unstable), this one is a odd one – when under control / behaving you wouldn’t know you had an issue, but when its out of whack it does throw a spanner in the works, but its been much more stable in the past year so that’s all good. A weird bonus of being on liquid Levothyroxine is the ability to have an exact dose, whereas those on tablets only have a few options – for example tablets I believe come in 25, 50, 100 and 125mg in the UK but I need 120mg – it might not seem like much of a change but its made a big difference – so there we have another bonus

*Collapsed abdominal muscles– yep from time to time they hurt like hell but some big old granny *sucky inny* knickers and a “shaping” vest and Bobs your uncle Fannys your aunt!

Neuropathic bladder with need to self catheters ….. this one is a positive as it cuts down on UTI;s – which is awesome and they’re so discrete nowadays no one would know what they were even if it fell out of your hand bag. Here’ s a picture- and its super easy to do once you know how and not painful I should add!

Lateral disc bulge s4 and 5 The doctors think this is the cause nerve pains down my good leg which sucks but remembering what poor G was like when he had a slipped disk – its a million miles from that, he was in bits. So I feel very lucky to not be suffering like that. Thankfully other than one small relapse G is doing great after doing lots of Physio to help with his issue, but is still a tad more cautious.

Low BP I suffer from very low blood pressure, but I thike Mum and my sisters do too so that’s no biggy – unless your unwell and it drops more as you don’t have a buffer zone and this sets off

POTS which is Postural orthostatic tachycardia syndrome  not so great….a very simple treatment for those mildly to moderately effected…adding salt to your diet…… I bloody LOVE salt …BONUS…every cloud right? 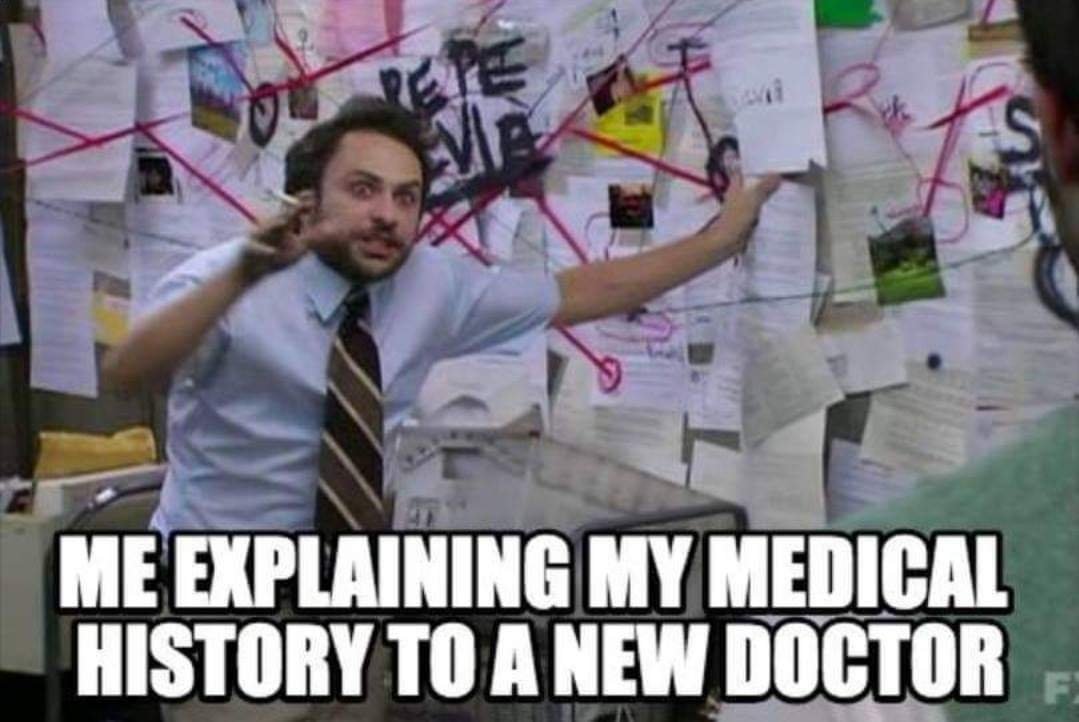 I didn’t realise that list was so long – but please don’t take it as a moan cause its not – Im all good xx Moving on…..

A few years ago before cancer I was a shout and scream type of mum and would lose my temper regularly, not in a abusive type of way by an means but just a different way. Post cancer I made the decision to be a calmer person in general. I also have tried to be a better wife, and please don’t take that as a 1950s housewife. I mean a better companion, a better friend to her husband. I really do think we are smashing it because of the conscious effort I make.(haha just read that back…maybe G has something to do with it too lol )….that said this hasn’t been an overnight thing, but there are few things that I do, that really help to put things into perspective and has helped me try and be my best me. Please don’t take it as I think I’m perfect I am far far from it and wouldn’t even aspire to it but I’m certainly better than I could be and have been in the past. so maybe in a odd way I have cancer to thank for that ????????

So here’s a list of things I actively try.

That all said I do shout at the kids but not often,  and I most definitely have woe is me days and this last week has been a doozy….

I’m only human …but I keep trying to be better and I think that’s the key.

Im a military wife and mother to 2 beautiful children D my little girl who is now 5 and K my boy is 10.. I was diagnosed with tongue cancer 13th Feb 2013. I needed a major operation, and radical radiotherapy. I have been am unable to eat since my surgery and am fed by a PEG tube. But most importantly I am still smiling.xx View all posts by mycancerandme

This site uses Akismet to reduce spam. Learn how your comment data is processed.